Back when I was the Marketing Director for Orchestra New England (ONE), I did some of the work I'm most proud of - largely because I had the most challenges.

A non-profit can't throw money at the problem - you have to be super strategic to really maximize every cent spent. The understanding of the current playing field, of where your brand stands in the market and of your objectives and goals is critical.

For ONE, I had developed a three year plan to restore the Orchestra to its former familiarity and reign as the top symphony in the New Haven, CT area and beyond. It's quality had certainly never diminished...but people just didn't remember who they were or that they even existed. New Haven has a large arts community and another good symphony, let alone the musical organizations at Yale University. In short, there was a LOT of competition.

So how to go about this?

As I mentioned, I developed a three year marketing plan - with our budget and limited resources (read: volunteers), we needed to develop momentum. We had to identify key personas and segments of the New Haven area in order to build momentum for year over year growth.

We're all familiar with the concept of influencers. That was our year one focus. Who are the people and organizations people ask about "what can I do this weekend?" or "what's the best musical group in town?" or "what should I definitely not miss?" Being top of mind with the artists, the arts community and that first circle of supporters of the arts was foundational.

If we didn't have credibility with them, nothing else we would do later would matter.

So any ad dollars we had were focused on this group. Our networking efforts, our attendance at other organizations events, our dispersal of free tickets to targeted media and community leaders...everything had a very targeted focus.

We set a SMART goal of 650 in attendance at our last concert of the season - a full house.

Year 2 was to leverage the buzz and 'legitimacy' we'd created and use the network of area businesses to expand the reach of the Orchestra...get season tickets for opening an account at X Bank, get preferred seating for being a loyal Y Utility customer, etc. The partnering business gets credit for being a supporter of the arts, the orchestra benefits from partnering and offering valuable content that the business can't generate on it's own.

With people stumbling across references to Orchestra New England so many places they went, we would finally be in a position to use our still limited advertising dollars to market directly to people in the geographic region.  There had been enough touches previously that they were prepared to hear our message (and hopefully our music!) and there was enough social proof and awareness to reinforce someone's curiosity about the organization.

I will return to the award winning marketing itself, but a word of caution that I share. We did everything right in Year 1 and we ended up with 650 people attend (most paid tickets, some comped media, some strategic arts partners). We hit our SMART goal.

The bad news is that people got cocky and abandoned the plan. We'd done careful branding throughout Year 1, building color recognition for ONE, layout of our materials, our logo, fonts, etc. Because we were 'on a roll,' people decided to abandon the branding - changed colors, changed layouts, changed the positioning, messed with the logo...tried to use the same budget but disperse it generically direct to consumer. attendance dropped and that momentum was never recovered.

Being flexible to changes in market conditions - absolute necessity. But arrogance will never be a good marketing strategy. If you have a plan that's working, keep what's working and just change what needs to be changed.

At the end of Year 1 was Orchestra New England's 700th performance - a major event to promote.

Being the 700th performance, this would also be a major fund raising occasion.

Joining the Orchestra was the Elm Shakespeare Company.

And the New Haven Women's Chorus.

And soloists from the Yale Opera.

Oh, and the performance itself was Mendelssohn's A Midsummer Night’s Dream.

So that is 6 messages that have to be promoted. SIX! A marketing nightmare.

The temptation is always to create something to unify the messages...yet this means seven messages...a move in the wrong direction.

The moment of inspiration was to look at the content of the performance itself.

For those rusty on this show, A Midsummer Night's Dream includes a wedding ceremony and Mendelssohn's score has the famous wedding march we all think of and love/hate.

This was the unifying theme for all of our disparate messages.

We used something inherent to the event already rather than create something artificial. It was organic. It was fun.

This promotion did not, in fact, win any external awards. When completed, it seemed a rather obvious campaign, as it held together so perfectly. People were truly in a celebratory mood, as if there were at a wedding. People had even dressed a little more fancy than at past performances...subconsciously, I think, like there were attending a wedding. People felt like PART of the event, not just spectators.

It was the marketing that achieved that - getting people into the mindset and, fundamentally, getting them to the performance.

It was marketing that won the top award - it worked. 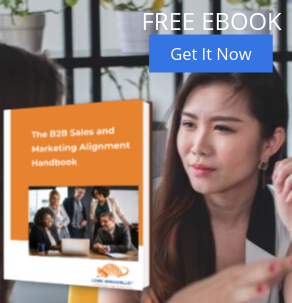